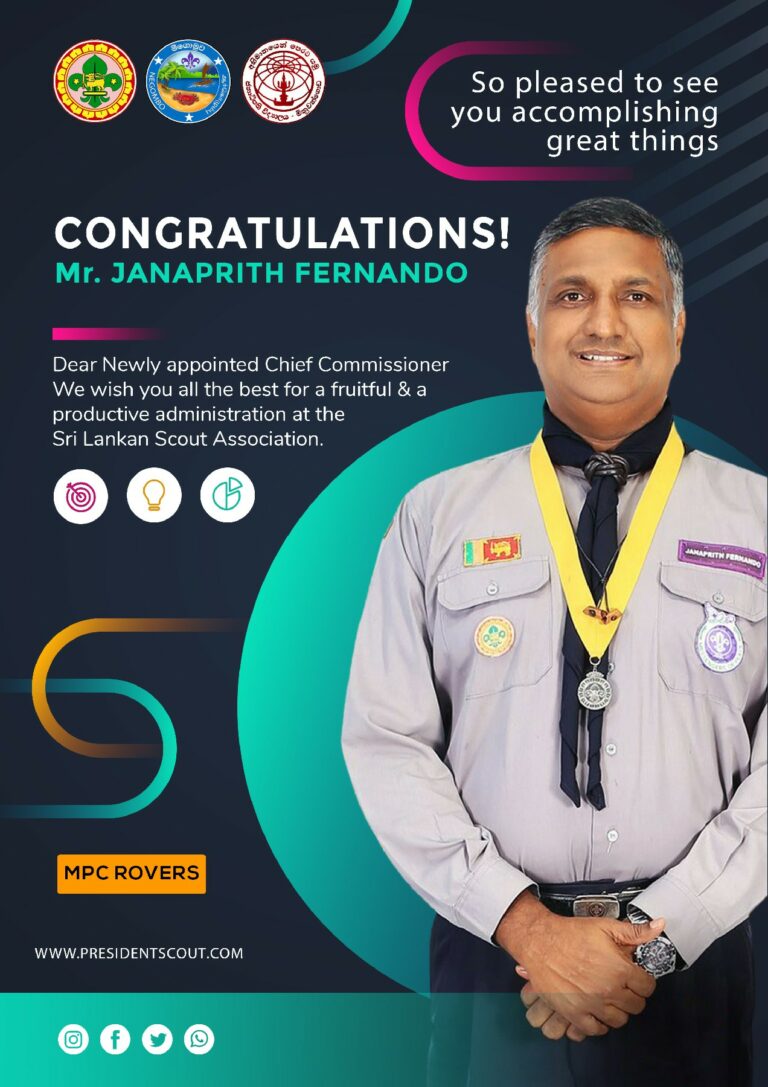 Mr. Janaprith Salinda Fernando of Colombo, Sri Lanka, the Colombo Law Society President, serves as the International Commissioner of the Sri Lanka Scout Association and an elected volunteer member of the Asia-Pacific Regional Scout Committee of the World Organization of the Scout Movement (WOSM) from 2012 to 2018. He is currently serving in the World Scout Committee, the World Organisation of the Scout Movement’s highest governing body. Fernando was elected to this body in August 2017 by the 41st World Scout Conference.