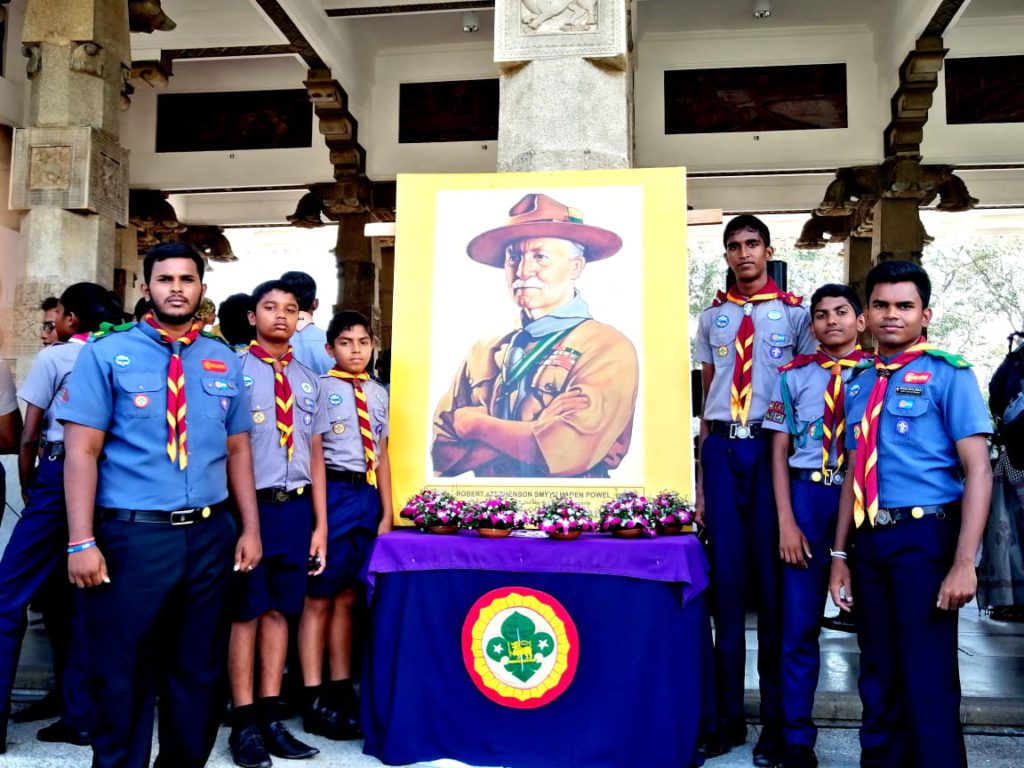 The International Mother Languages Day was commemorated at a ceremony organized by the Bangladesh High Commission at the Independence Square on Friday 21at February. Joining hands with the High Commission, the Sri Lanka Scout Association also celebrated Founders Day at the same venue. Prime Minister Hon. Mahinda Rajapakse patronized the events as the Chief Guest along with Ministers Hon. Bandula Gunawardena, GL Pieris & Douglas Devananda also being present. The event was well attended by a large number of students, scouts, members of the Diplomatic Corps & Scout Commissioners and Leaders from many parts of the island. Deputy Chief Commissioner Janaprith Fernando presented a Messenger of Peace scarf to the Hon. Prime Minister who was also accorded a Guard of Honor by the scouts. As part of the Mother Languages Day celebrations, certificates were awarded to the winners of an art competition organized by the Bangladesh High Commission, which was then followed by a cultural programme with songs and dances depicting various languages & cultures from around the world. BP Commemoration Day which falls on February 22nd is being celebrated with a string of activities planned over three days, commencing with the ceremony at the Independence Square. Flowers were placed before a portrait of Lord Baden Powell by the Hon. Ministers present, along with the Scout Commissioners. The scouts then re-affirmed the Scout Promise & Scout Laws bringing the event to a close.